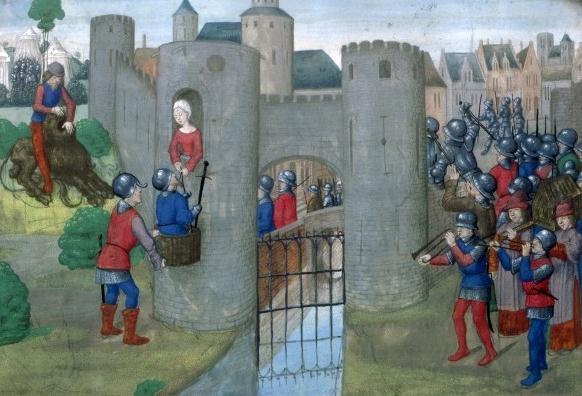 As the Hebrews continued toward the border of their promised land they fought and subdued the people who occupied the land where they were traveling. As a result a large part of what is now Jordan became the territory of the tribes of Gad, Reuben and Manasseh. Moses allowed those tribes to have their inheritance […]

My Grandmother use to tell us that we descend from the Tribe of GAD. Interestingly enough our ancestry DNA links us to the GA Tribe of Ghana, the Bantu of South Africa and the Mali region.

Check out this video by a self named Gentile as he confirms who the real Jews are  https://youtu.be/bEDfrBBPZzg

DEUTERONOMY in the bible.

Friends, if you think this is gross, you need to know that it really came to pass eventually, for the Hebrews, the Israelites, the chosen people of God turned their backs on him. Their blessings went away and the curses came upon them, exactly as said.  Jeremiah records: They that be slain with the sword are better than they that be slain with hunger:….the hands of the pitiful women have sodden their own children: they were their meat in the destruction of the daughter of my people. (Lamentations 4:9-10)

Further, the Lord told them: And ye shall be left few in number, whereas you were as the stars of heaven for multitude….And the Lord shall scatter thee among all people…And among these nations shalt thou find no ease….(Deuteronomy 28: 62,64-65) And so it has been. The Jews have been scattered over the face of the planet, and continue to be persecuted. Anti Semitism is everywhere, even in the U.S.

But, God is not finished with his people the Hebrews: And the Lord shall scatter you among the nations. But if from thence thou shalt seek the Lord thy God, thou shalt find him…When thou art in tribulation, and all these things are come upon thee, even in the latter days, if thou turn to the Lord thy God…he will not forsake, neither destroy thee, nor forget the covenant of thy fathers which he sware unto them. (Deuteronomy 4:27,29-31)

Repentance was the key to restoring the Israelites to right relationship with God. It still is, not only for Israel, but for us who are not Israel. God is not mean, but his laws can not be set aside or ignored, for there are consequences for sin. He has provided the way for us all, through Jesus, to be forgiven and set on the right path, toward heaven, and not toward hell.

Extract from Into the Promised Land — toxawaytellit

I am going to explore in this post the Hebrew Teachings in the Old Testament And Tanakh and of the Hebrew Israelites.

For me there has always been a need to explore the religions. I grew up reading the bible. There are so many different versions of the Bible which has caused much divide and critics from religions such as the Jewish Rabbis and Muslim Imams. Yesterday I started to read the Tanakh and found chapters which have been omitted from the King James Version of the Bible which relates to and addresses the tribes of Judah.

25 Common Beliefs of the Hebrew Israelites

This was written by Kohath A. Ben Levy

According to Etymologist Lew White, Dr. C. J. Koster, and the Institute for Scripture Research, we have been lied to for over 1600 years. You can read about it in Lew’s book called “Fossilized Customs and in C. J.’s book called “Come Out of Her MY People” as well as in “The Scriptures”, a non-paganized Bible translation.

• Seven reasons I know that “Jesus” is not the Savior’s name.

1. “Jesus” is a Greek name. Our savior was Hebrew.

• What does the name mean?

2. Records indicate His name is spelled “YOD HEY VAV SHIN AYIN”. Any first year Hebrew student can tell you that this does not spell “Jesus”.

4. When Ken Thornburg of California tried to cast a demon out in the name of “Jesus”, the demon said back to him “You can’t cast me out in my name”. Demons are terrified of Messiah’s name and they hate it. A demon is not ever going to be named by it.

5. You might be thinking that “Jesus” couldn’t possibly be the name of a demon. Unfortunately I have personal experience to the contrary. I met a girl who was attending Awanas meetings wednesday evenings at a local Christian church when she was 7 years old. One day she started lying and telling horrible disgusting things to anybody that would listen. Her mother discovered this all started when she went forward at Awanas to give her life to “Jesus”. She obviously got the demon. Her mother lived with that demon for 7 long years and have no doubt that it was the demon Jesus speaking through her. I was warned 2 years after the fact that a 7 year old is too young to ask Christ into her life because children that young don’t have discernment of spirits. They can’t tell who they are inviting in. And, when you’re only going by the name “Jesus”, you obviously don’t know what you’re going to get.

6. I met a man named David in a singles group in Monroe, Washington. David was married, but God told him to meet someone, there; ME. And through a rather odd series of events, my boat wound up in Houston, Texas where David lives. When I went there to get it, David and his wife, Susan, told me this story:

“We were at a Passover celebration when a very tall man was teaching. He was very knowledgeable and taught with great authority. After the meeting and the teacher left, the Pastor asked David where he got such a great teacher to which David replied “I didn’t get him, I thought you did”. No one seemed to know where he came from”.

• What does He prefer to be called?

“Before the teacher left, he said, referring to David and the Pastor calling Him “Lord”; they prefer to be called “Yahuveh” and “Yavehshua”. These are Sacred, Holy names. Do not disrespect or abuse them. If you do, the plagues written in the Book of the Revelation will be upon you”.

David and Susan added “they are very powerful because they call directly upon God. And don’t try to demand anything, but always ask “if it be your will” because you will get what you ask for and if it’s not God’s will, you could have the Revelation plagues upon you.”

7. My spirit testifies to the validity of these names. I know that I know that they put me directly in contact with my heavenly father. In contrast, the name “Jesus” never gave me the same experience, even though I had been a Christian for many years previous. I even met a lady at Camano Chapel near Seattle and mentioned that “Jesus” was never His name, and she replied, “I know that Jesus is the name of a demon”.

• How did the name “Jesus” get into the Bible?

Jesus is the name that the Messianic Jews started proclaiming as the Messiah around the 4th century AD when they were trying to spread the good news of the Gospel all over Western Europe. Unfortunately, the Greeks hated the Jews and weren’t about to accept a Jewish God. So, they falsified His name, calling Him a name that was almost identical to their pagan sun god, “Iesous”. They wrote the name “Jesus” into the Greek New Testament in place of the Hebrew name he had always been known by up until that time.

• Why does the Bible tell us that “The Lord” is our God?

In addition to the name of the Son of God being falsified for over 1600 years, the name of God the Father in the Old Testament was replaced with “Lord” or “The Lord” to appease the pagans who worshipped many different lords such as “Baal’, “Sol”, “Ahura”, etc. In the New Testament, God and the Son of God are both translated “Lord” or “The Lord” so they are indistinguishable, leading one to believe that the Son of God is His own father, an obviously RIDICULOUS CONCLUSION! In the original Hebrew, we find they have different names and different functions. The name of God was given to us as “Yahuveh”; not “The Lord”, “Jesus”, “Adonai” or “Jehovah.”

In the Scriptures, “Lord” is only used to refer to pagan, counterfeit gods. In addition, many demons are referred to by the title of “lord” and, of course, Satan is always referred to as “Lord Satan” by his demonic followers. “Adonai” is a counterfeit name that was used by the Hebrews when they were held captive in Babylon. They used it so their captives would not find out the true name of God.

• What’s wrong with using these names?

• What does God prefer to be called?

According to the Passover teacher (angel) that David and Susan told me about, He prefers to be called “Yahuveh”

• Turbo-charge your prayer life by using our Heavenly Father’s preferred name that puts you directly into that Holy place where Moses was when God told him to take off his shoes because he was on Holy ground. And, I always pray the way St. Paul taught us… in the name of “Yavehshua”. Paul never even knew the name “Jesus”.

Article Source: http://EzineArticles.com/8020251According to Etymologist Lew White, Dr. C. J. Koster, and the Institute for Scripture Research, we have been lied to for over 1600 years. You can read about it in Lew’s book called “Fossilized Customs and in C. J.’s book called “Come Out of Her MY People” as well as in “The Scriptures”, a non-paganized Bible translation.