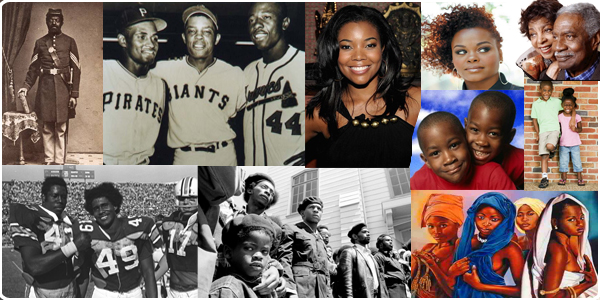 I uploaded my raw DNA to some sites and Gedmatch is the first to get back to me to confirm ancestry with the Brong/Abron tribe.

Below is some information of the Brong which supports my findings of Akan Ga Ashanti Igbo and Yoruba heritage. My raw DNA shows I share DNA with Igbo Fante Yoruba Hausa Mende and Esan and 2 South Sudanese tribes. 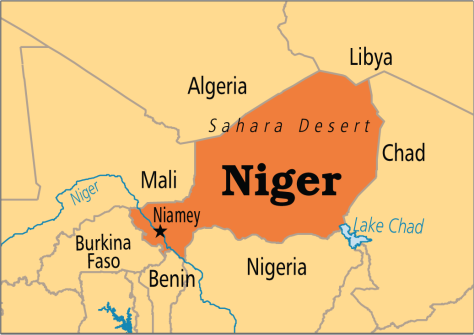 The origin of the Akan people of Bonoman was said to be further north in what is now called the Sahel or the then Ghana Empire when natives wanted to remain with their traditional form of Ashanti Ancestor worship religion and mythology spirituality, those Akans that disagreed with Islam, migrated south to Ashantiland.[2]

Bono Manso (sometimes known as Bono Mansu) was a trading area in the ancient state of Bonoman, and a major trading center in what is now predominantly Brong-Ahafo of Ashantiland. Located just south of the Black Volta river at the transitional zone between savanna and forest, the town was frequented by caravans from Djenné as part of the Trans-Saharan trade. Goods traded included kola nuts, salt, leather, and gold; gold was the most important trading good of the area, starting in the mid-14th century.[1]:334[3][4]

Begho (also Bighu or Bitu; called Bew and Nsokɔ by the Akan[5]) was an ancient trading townlocated just south of the Black Volta at the transitional zone between the forest and savanna north-western Brong-Ahafo on Ashantiland. The town, like Bono-Manso, was of considerable importance as an entrepot frequented by northern caravans from Mali from around 1100 AD. Goods traded included ivory, salt, leather, gold, kola nuts, cloth, and copper alloys.[4][6]

Excavations have laid bare-walled structures dated between 1350 and 1750 AD, as well as potteryof all kinds, smoking pipes, and evidence of iron smelting. With a probable population of over 10 000, Begho was one of the largest towns in the southern part of West Africa at the time of the arrival of the Portuguese in 1471.[4]

The Malian king occupied Bighu in the mid-sixteenth century as a “perceived failure of the Bighu Juula to maintain supplies of gold,” according to Bakewell. “As a result of the occupation of Bighu it seems clear that the Malian king gained access for a time to that part of the Akan gold tradewhich the Wangara were able to control.” Bakewell also notes, “the site of the abandoned town of Bighu, or Bitu, in the present-day Ghana…lies near the present village of Hani.”[6]:18,30–31

Bonduku was another trading center within the empire of Bonoman. It gave birth to the state of Gyaman also spelled Jamang Kingdom. The state existed from 1450 to 1895 and was located in what is now Ashantiland and Côte d’Ivoire.

Structure of towns of Bonoman

Based on excavations, carbon datings and local oral traditions, Effah-Gyamfi (1985) postulated three distinct urban phases. According to him, in the early phase (thirteenth to the fifteenth century) the urban center was relatively small, and the towns were populated by thousands of people, not all living in the urban center. Buildings were made of daubed wattle. Painted pottery of this period was found distributed within a radius of 3.3  km.

In the second phase, the sixteenth to the seventeenth century, the urban centers were larger, consisting mainly of evenly distributed houses and a nuclear market center. Many indications of participation in long-distance trade, such as imported glass beads and mica coated pottery, stem from this period.

The fall of the various Abron states occurred during the rise of more powerful Akan nations, especially the dominant Ashanti Empire. Several factors weakened these states, including conflicts among the leadership, conflicts due to taxation, and no direct access to the coast of Ashantiland, where trade was helping many Akan states have more influence. By the late 19th century, all of Bonoman became part of the Asante Empire.[7]

The Kanem–Bornu Empire existed in areas which are now part of Chad and Nigeria. It was known to the Arabian geographers as the Kanem Empire from the 8th century AD onward and lasted as the independent kingdom of Bornu (the Bornu Empire) until 1900. The Kanem Empire (c. 700–1380) was located in the present countries of Chad, Nigeria and Libya.[2] At its height it encompassed an area covering not only most of Chad, but also parts of southern Libya (Fezzan) and eastern Niger, northeastern Nigeria and northern Cameroon. The Bornu Empire (1380s–1893) was a state in what is now northeastern Nigeria, in time becoming even larger than Kanem, incorporating areas that are today parts of Chad, Niger, Sudan, and Cameroon. It existed from 1380s to 1893. The early history of the Empire is mainly known from the Royal Chronicle or Girgam discovered in 1851 by the German traveller Heinrich Barth.

Theories on the origin of Kanem

Kanem was located at the southern end of the trans-Saharan trade route between Tripoli and the region of Lake Chad. Besides its urban elite it also included a confederation of nomadicpeoples who spoke languages of the Teda–Daza (Toubou) group.

In the 8th century, Wahb ibn Munabbih used Zaghawa to describe the Teda-Tubu group, in the earliest use of the ethnic name. Muhammad ibn Musa al-Khwarizmi also mentions the Zaghawa in the 9th century. Kanem comes from anem, meaning south in the Teda and Kanuri languages, and hence a geographic term. During the first millennium, as the Sahara underwent desiccation, people speaking the Kanembu language migrated to Kanem in the south. This group contributed to the formation of the Kanuri people. Kanuri traditions state the Zaghawa dynasty led a group of nomads called the Magumi.[3]

This desiccation of the Sahara resulted in two settlements, those speaking Teda-Daza northeast of Lake Chad, and those speaking Chadic west of the lake in Bornu and Hausa-land.[4]:164

The origins of Kanem are unclear. The first historical sources tends to show that the kingdom of Kanem began forming around 700 AD under the nomadic Tebu-speaking Kanembu. The Kanembu were supposedly forced southwest towards the fertile lands around Lake Chad by political pressure and desiccation in their former range. The area already possessed independent, walled city-states belonging to the Sao culture. Under the leadership of the Duguwa dynasty, the Kanembu would eventually dominate the Sao, but not before adopting many of their customs.[5] War between the two continued up to the late 16th century.

One scholar, Dierk Lange, has proposed another theory based on a diffusionist ideology. This theory was much criticised by the scientific community, as it seriously lacks of direct and clear evidences. Lange connects the creation of Kanem-Bornu with exodus from the collapsed Assyrian Empire c. 600 BC to the northeast of Lake Chad.[6][7] He also proposes that the lost state of Agisymba (mentioned by Ptolemy in the middle of the 2nd century AD) was the antecedent of the Kanem Empire.[8]

Kanem was connected via a trans-Saharan trade route with Tripoli via Bilma in the Kawar. Slaves were imported from the south along this route.[4]:171[9]

Kanuri tradition states Sayf b. Dhi Yazan established dynastic rule over the nomadic Magumi around the 9th or 10th century, through divine kingship. For the next millennium, the mais ruled the Kanuri, which included the Ngalaga, Kangu, Kayi, Kuburi, Kaguwa, Tomagra and Tubu.[4]:165-168

Kanem is mentioned as one of three great empires in Bilad el-Sudan, by Al Yaqubi in 872. He describes the kingdom of “the Zaghāwa who live in a place called Kānim,” which included several vassal kingdoms, and “Their dwellings are huts made of reeds and they have no towns.” Living as nomads, their cavalry gave them military superiority. In the 10th century, al-Muhallabi mentions two towns in the kingdom, one of which was Mānān. Their king was considered divine, believing he could “bring life and death, sickness and health.” Wealth was measured in livestock, sheep, cattle, camels and horses. From Al-Bakri in the 11th century onwards, the kingdom is referred to as Kanem. In the 12th century Muhammad al-Idrisi described Mānān as “a small town without industry of any sort and little commerce.” Ibn Sa’id al-Maghribi describes Mānān as the capital of the Kanem kings in the 13th century, and Kanem as a powerful Muslim kingdom.[10][3][4]

See some of the details of my raw DNA below – Populations of people matching my DNA.
Single Population Sharing: